Fruits provide many health benefits and are rich in various nutrients that are part of a healthier diet. If you want to know more about fruits and vegetables, then you should check healthy fruits and vegetables delivery services reviews on Britainreviews.co.uk. You will get to know those that will be a great addition to your diet and the best companies to buy them from. 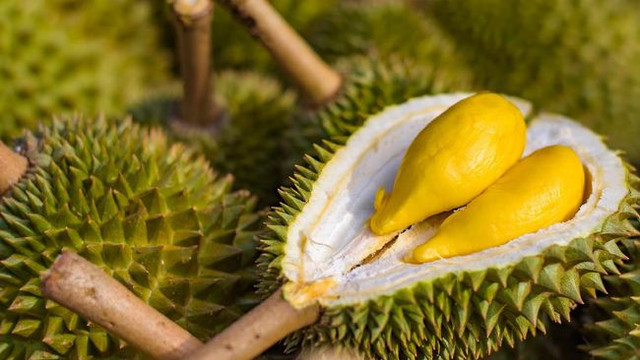 In addition, they can be used to make desserts, juices, vitamins and even in the production of medicines. Some fruits are uncommon in this part of the world; others are so different that we don’t even think they’re hot. And there are those that we’ve never even heard of.

The following 9 fruits bring together a little of each of these characteristics and which, despite the strangeness, we should try at least once)

This exotic and citrus fruit originates in northeastern India and China. It is widely consumed for medicinal purposes, acting mainly against sore throat. In addition to the weird appearance, what attracts the most attention is its smell, which is as good as a perfume.

Also known as kiwano or kino (in Brazil), it is grown mainly in the south and in the center of the African continent, and in some countries in Europe. Some people say that its taste is a mixture of cucumber, kiwi and banana. Its seeds are also edible.

The black sapota (or black sapodilla) has a chocolate pudding inside, has little fat and is rich in vitamin C. Originally from Central America and Mexico and grown mainly in the Americas, this fruit tastes delicious.

Known as the fruit that has the worst smell in the world, it comes from East Asian countries. Its smell is similar to several bizarre things, like a dirty pair of socks and sewage. However, they say that it tastes really good – as opposed to its smell.

This fruit, which takes about 1 year to ripen, is originally from Mexico. It resembles large ears of corn covered with scales and has a pineapple flavor mixed with jackfruit. It cannot be consumed before it matures, as it produces irritation in the mouth and a very bad taste.

This very tasty fruit can be found easily in the northeast of our country. It is called by other more popular names, like joá-de-capote, starvation and camapu. It is an exotic fruit, widely used in the preparation of sweets, jellies, ice cream, chocolates, and also has medicinal purposes.

Also known as apple-wood, it has a skin so hard that you have to break it with a hammer. It is a fruit considered sacred to Hindus, and despite having an appearance similar to a rotten fruit, its taste is delicious.

Rambutan is a fruit rich in vitamin C and minerals, originally from Southeast Asia. Its taste is similar to that of lychee, and the extract of its root is used for medicinal purposes, mainly against fever and headache.

Its outer part is prickly, but inside it is a juicy fruit with a different flavor – which is a mixture of honey and pineapple. Hmm, that sounds deliciously good.